Bookmark: "The Future is (not) a Problem"

The Future is (not) a Problem furtherfield.org 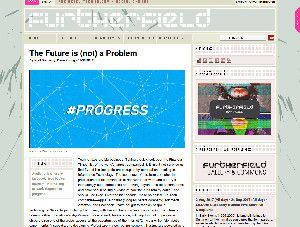 Niall Docherty and Dave Young look at the “crises” of our technological era as described and “solved” by the big tech giants of today and present their critical call for understanding these design fictions as what they are: narratives that aim to establish new markets for their products. The challenge of connecting all the “disconnected” (and hence disadvantaged, as Facebook wants them to be seen) sure is solving the problem of Facebook’s market reach, but does it serve a single of the real “crises” out there?

The idea that a global community of connected Facebook users can level the systematic inequalities in wages, living standards, and welfare provision inherent to globalized capitalism is a resolution that erases the multiplicity of forces acting upon a complex array of interacting crises. In making this erasure, Facebook’s logic of development draws an uncomplicated line of progression from ‘unconnected’ to ‘connected’ subjects. Such thinking is as obviously reductionist, and contestable, as the pathways that lead from ‘boy’ to ‘man’, ‘young’ to ‘old’, ‘civilised’ to ‘uncivilised’. These binary terms edifying developmental logic are laden with normative significance, implying a way of thinking about the world that presupposes and prescribes a certain way of living within it.

The solution (and, preceding that: the definition) of the real crises of peoples’ lives has to come from within the context where they may or may not exist. Simply taking delivery of ready-made “solutions”, Docherty and Young write,

we find ourselves neutralized in the analytical inertia of solutionist design fictions and the galleries of seductive techno-fixes rendered within.

The “clos[ing] off of alternative paths of action”, is the biggest risk connected to the solutionism descibed in this insightful article - as long as technology corporations in the role of self-declared saviours lead the debates by prescribing “techno-fixes” based on a reductionist world view and “crises” are only presented along with ready (big tech) solutions, the view on the real problems - and the often bottom-up solutions to them - is at risk of getting obstructed.